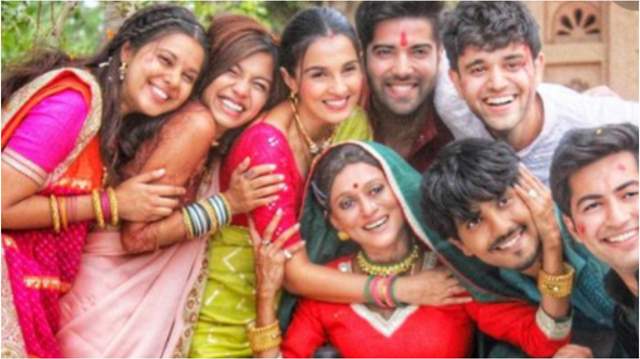 Star Plus show ‘Pandya Store’ is getting quite interesting with each passing episode. The current track of the show revolves around Shweta trying to manipulate the Pandya family so that they agree for her alliance with Krish. She has been planting many conspiracies to weaken the unity of the family.

In the upcoming episodes, Raavi’s morphed picture will create a ruckus in the family. Her social media account gets hacked and the troll has put her morphed pictures, Raavi is quite upset with the same but fortunately, the family is in her support. However, Suman is quite angry with Raavi and has asked Raavi to leave the industry.

Shweta also sides with Suman but Dhara and Rishita support Raavi. Later, Shweta decides to create a rift between Rishita and Dhara and get them to indulge in more fights. However, Rishita figures Shweta’s plan out and decides to teach her a lesson.

Now, India Forums has learned about upcoming track in the show.

In the forthcoming episodes, Rishita agrees for treatment of post-partum depression and this aggravates the issues between Dev and Rishita. They indulge in more heated arguments every now and then. Later, Suman’s 60th birthday will be planned. The entire Pandya house will be decorated beautifully. However, the celebration will see a roadblock as Dhara and Rishita will have another argument. Furthermore, it will be seen that Rishita and Dev will find it extremely difficult to raise a baby along with their professional commitments.

+ 11
3 months ago What else can they show other than Dhara-Rishita fight? Almost every episode has their fighting scene. Shweta doesn’t have to put any effort at all. As for Shweta, whatever she is doing, mounts to crime/punishable offense. Child abuse, child endangerment, defamation and destroying Raavi’s image and career, gaslighting Rishita and goes on and on. But knowing the writers of this show, they will let her go scot free, infact will make her Kandya bahu# 4, because villains/vamps/regressive characters thrive in this show. Kuch toh sharam karo writers, poore time criminal ki tarah hi sochenge toh kaisa chalegaa.

+ 5
3 months ago Please show that Shweta is punished for her crimes - child endangerment (spoilt milk, extremely hot oil) and cyber crime (morphing Raavi's photos & humiliating her).These are serious issues and should be dealt with appropriately.

3 months ago Kya bakwas show hai bhai!! Rubbish!! Who the fcuk is baggage girl (Shweta) to decide Raavi's future?? Next level ki kalakaari😬 also, how long are you gonna show the same ghiza Peeta track of Dev/Rishita vs Dhara?? Boring it is!! Nobody is interested in that old hag's bday anyway! 👅👅👅👅👅👅👅👅👅👅👅👅