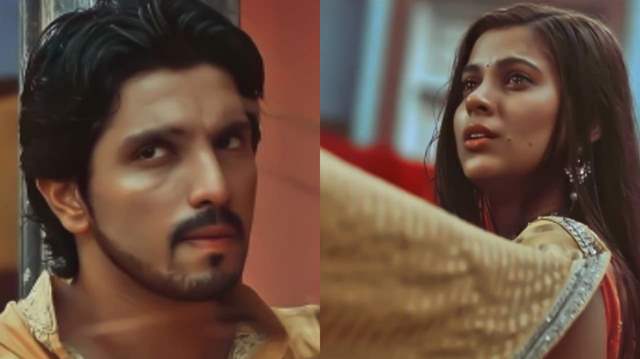 Star Plus show ‘Pandya Store’ has kept the fans entertained. The current track of the show revolves around a major showdown between Raavi and Shiva. Shiva questioned Raavi’s character as she has male friends. Raavi slapped him for going overboard. The matter came in front of the family and they were all shocked. Suman has announced that if Shiva and Raavi have so many issues than they should part ways. Raavi decides to leave the house but Rishita states that Shiva is the one who has done bigger mistake and he should leave the house. Suman aggress and asks Shiva to leave. Raavi states that the house belong to Shiva and now that the decision of separation is taken, she should be the one leaving the house.

In the upcoming episode, Krish drops Raavi at Prafulla’s house and tells her that she should return to Pandya niwas soon. Prafulla asks Raavi about the matter but she refuses to say anything and states that she wants to stay alone. Anita consoles her and asks her about the same but she doesn’t budge. Shiva and Raavi get emotional thinking about their situations.

At the dinner table, Shiva arrives late, Dhara asks Rishita to serve food to Shiva. Rishita denies saying that she doesn’t respect Shiva as he crossed his limits by questioning his wife’s character. She states that if the same would’ve happened with her, she would’ve given divorce to Dev. Shiva leaves. Dhara tells Rishita that Shiva did a big mistake but separating ways is not the solution.

2 months ago Dhara needs to step back. She wants everything o be about herself. Too much of bhabhi overdose in roomkaand, more is comig in baby-boom- toh let her stay off from Shiva & Raavi's life.Their equation has many dimensions & better they show them finding a solution on their own.

2 months ago I genuinely hope the pair will get together organically, by their own will, than through family interference! These two have gone through a lot, and now is the perfect time to think about what they can do to make their marriage stronger!

+ 4
2 months ago The cast of PS is doing an excellent job, especially KD and Alice! Hoping for a good separation track for shivi without family involvement

2 months ago Loving the current track❤️ Waiting for the upcoming episodes to see Shivi sought out the differences by themselves and get back stronger!!

+ 2
2 months ago Dhara to unite? She is emotionally blackmailing them. She made this happen and now she wants it work at any cost, doesn’t matter if both are miserable in their relationship. What a shitty writing by the makers of this show?😠