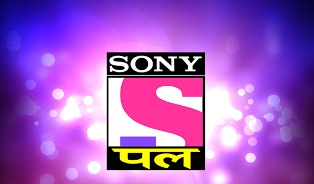 Compelling story lines and engaging content has aided PAL in finding a place as a popular Hindi General Entertainment channel in the last couple of months. The channel is now gearing to launch two new campaigns to give its viewers a chance to engage with its brand ambassador, the cheerful Juhi Chawla. PAL will also give its viewers the unique opportunity to win an amount of one lakh every day!

Beginning mid-December, lakh lakh badhaiyaan' will reach out to its viewers across cities through tie-ups in print, radio, outdoor, on-ground activation and on-air. All one has to do is answer simple questions about PAL shows that will be asked on the channel during prime time and send in their replies via SMS. A daily winner of rupees one lakh will be announced on the channel. This contest will be followed by Luka Chupi with Juhi', a first of its kind on-air initiative where viewers will be invited to play hide & seek with the charming Juhi Chawla and win exciting prizes.

PAL has received an encouraging response from important GEC markets** like Gujarat, MP, Maharashtra, Delhi & Mumbai. Come 2015, PAL is all set to applaud the entire gamut of emotions of womanhood by launching shows with distinctive concepts thereby celebrating her journey through various moments that define her. While Pal's popular shows like Singhasan Battisi, Ek Rishta Aisa Bhi, Yeh Dil Sun Raha Hai and Hamari Sister Didi have kept its viewers gripping, the soon to be announced new line-up will leave one and all asking for more.

Commenting on the Sony Pal programming strategy, Anooj Kapoor, Sr. EVP and Business Head, Sony Pal & SAB TV added, "In today's highly competitive & complex scenario, Pal has certainly managed to create a set of audiences for itself & what's interesting is to notice that this audience is the intended TG for the channel. The fact that Pal resonates with the right TG in markets that comprise the core GEC viewers is an extremely positive sign for us. Starting the New Year, PAL will embark of the next stage of its journey with a new slate of shows that will not only deal with unique concepts but also unearth topics that Indian television may have never witnessed before."

9 years ago WHY IS IT SUCH A BIG DEAL WHEN A FEW CELEBRITIES MISSES OUT ON A FAMILY FESTIVE DINNER??
#
There are millions of ordinary people working away from home who for one reason or another can not be with the family at festive time...