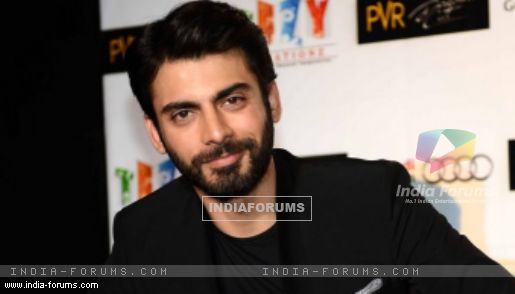 Pakistani actor Fawad Khan who is collecting all love and wishes in Bollywood from Indian People for his good looks and phenomenal debut in bollywood flick "Khoobsurat(2014) " will soon have to face tough competition from new comer Anil Goyal who is equally attractive, possess great looks and signed four films back to back and very soon will be seen debuting on silver screen.  Anil Goyal will be playing lead opposite to Hrishita Bhatt & Sofia Hayat in Bhai ka Maal hai.  Bhai Ka Maal Hai  is a comedy feature film Movie is made under the banner of RTM Technologies ltd. with a small budget of 7 crore. Story of the movie revolves around main Five characters of the movie Anil Goyal, Sofia Hayat, Hrishita Bhatt, Milind Gunaji and Sunil Pal. Anil Goyal is playing the character of Paplu in this movie who is a simple Guy, poor but very ambitious and wish to marry his neighbour village girl Champakali (Hrishita Bhatt).His Friend Babloo (Sunil Pal) help her to get married with her. Other versatile actors like Milind Gunaji, Mushtak khan, Himani Shivpuri, K.K.Goswami, Siraj Khan, Sajay Talwar and Amita Nangia are also working in this Movie.

Talking about the film Anil said, "Bhai ka maal hai" is my first film, and its such a great opportunity that I have got in Bollywood as a new comer. Being an outsider, I struggled a lot and by this film I will prove myself a good actor."

Anil Goyal is Delhite and was struggling in bollywood but his acting skill and good looks worked and opportunity knocked his doors. He has signed other three films as lead like FASHION IN PARIS, DUFFERS, FASHIONABLE BITCH.
3 Likes