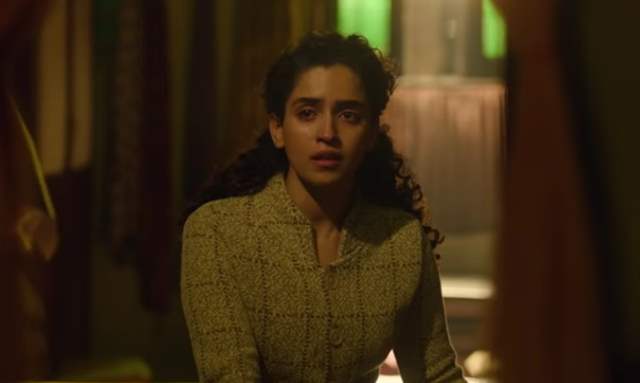 Sanya Malhotra starrer Pagglait sure seemed to make news when the announcement about the movie was first made. And now, as the release date is nearing, the makers have released the trailer of the movie. The movie also features Sayani Gupta, Ashutosh Rana, and Raghubir Yadav, among others, and will release on 26th March on Netflix.

In Pagglait, Sanya plays the role of Sandhya, a widow, who is trying to come to terms with the death of her husband. And that is when she decides to go out and find herself, while also dealing with family members who seem to have different concerns altogether. The film is directed by Umesh Bist, the movie seems to have an interesting premise, one that also divulges deeper into the journey of a woman.

The movie seems to have an interesting premise and while it is a comedy, it also has various nuances that uplift the story of the film, the characters, and more. The trailer has been receiving positive reviews so far and it looks like the film is going to be a owrthy watch after all.

1 months ago Seems interesting... might give it a try!