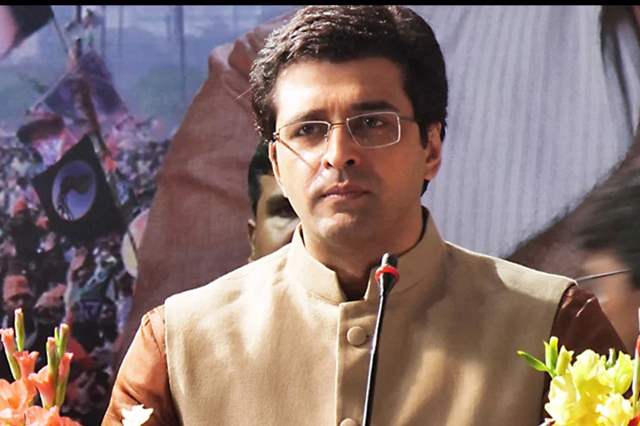 It might be difficult to fathom that actor Sachin Shroff has actually bn on the tube for a long time now and has in fact been in multiple TV shows, films and ads over the years, given how he still looks as young as ever. And even though his resume has some of the finest presentations to portray, Shroff hasn't quite been given his due as an actor so far. That seemingly has come true with hsi role in the MX Player web series, Aashram recently.

The series starring Bobby Deol in the lead role has received good reviews and it is Shroff's character too that has been applauded. The actor who plays a politician in the show recently opened up on the same in an interview with IWMbuzz where he termed his role in the show to be one of the best so far.

He said, “Working with the Captain of the Ship, Prakash Jha was an amazing experience. He had told me that the character of Hukum Singh that I play is good by heart. At the same time, he wants to get back to power after losing the elections. So there was a lot to take care of, starting from the body language, as the genuineness of the person had to come out. At the same time, he has to start working towards getting back the power. I really worked on the character as there was only a thin line.”

Talking of the amazing co-actors Sachin worked with on the series, he states, “Bobby is one of the nicest and genuine people who I have met in the industry. Bobby and I have in fact become very close friends. Chandan is one of the funniest guys on set. Tushar is very talented, always trying to finger everybody with his jokes. Darshan is very focussed on his diet, he will not even touch sweets at all. I have not seen a dedicated guy like him when it comes to maintaining himself. Tanmay is a very talented actor. Vikram Kochhar is a sweet-heart, a brilliant actor. Tridha is another funny person on sets. Anupriya is very talented. Aditi has a good screen presence. She had a few tough scenes where she excelled. Adhyayan was like the spark on the set, with lot of energy. The Director of Photography (DOP) on the series, Chandan Kowli was simply marvellous at his work. I would also like to thank Shruti Mahajan, the Casting Director on the series.”