This week's elimination is going to be looked upon as not only a shocker but also a heart breaker for many fans. 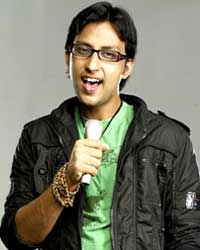 Shashi Suman the zealous singer from Patna, who left his household to chase his singing dream and even spent his initial nights in Mumbai at railway stations, had to finally bid adieu from Sony Entertainment television's Indian Idol 5 this week.

A Little Birdie informed us that, "Two versatile singers Sashi Suman and Shivam Pathak were in the bottom two this week but due to low audience vote counts the former got evicted this week."

Our source also adds that, "Imran Khan and Sonam Kapoor had come on the show for the promotion of their upcoming movie 'I Hate Luv stories' and their episode would be aired on Monday. And Tuesday's episode would witness the star cast of movie 'Lamha'."

saba_noor671 10 years ago public nt judge properly Tia is not deserve at this stage .

karanrocks1 10 years ago omg this news is horrible really unbelievable

10 years ago this is really horrible,sorup and tia are much worse singers compared to shasi,this is a loss of indian idol not his.

10 years ago It is indeed sad that Shashi Suman got eliminated. He was definitely one of the best singers in the show. I'm sure he will succeed as his talent cannot be suppressed with elimination. I wish him all the best for his future

10 years ago he was my favorite.im not watching Indian Idol anymore.it sucks

10 years ago ppl like to see dance and beauty not good singing. i dont understand whether they r aware they r voting for a singing talent show. this is ridiculous. Tia shdnt have been in the top 10 even.