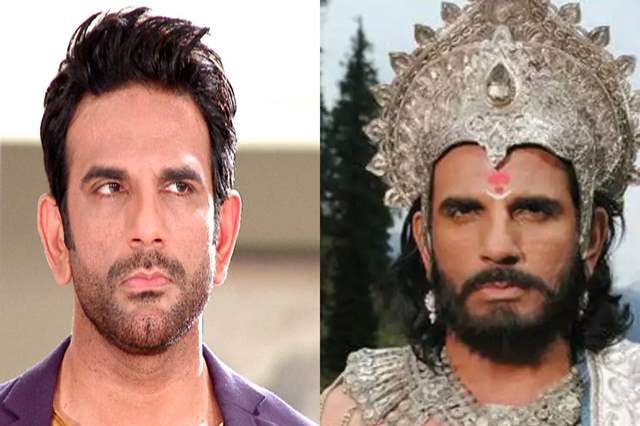 It is no secret as to how Star Plus' Mahabharat is ruling the rating charts being the only modern adaptation of the show that managed to strike a chord not only back when it originally aired but also right now, during its rerun. Apart from all the obviously popular characters, one character that has been challenging has been that of Bhishma, which was portrayed by actor Arav Chowdharry.

In a recent interview with Bombay Times, Chowdharry opened up on never being worried about comparisons while taking up the character and having never seen the old Mahabharat ever.

On the natural comparison between Mukesh Khanna's role in the older and his role in the new one, he said, "Well, personally, I was never really worried about any comparison. I had to portray Bhishma in such a way that it would appeal to a child, youth and the older generation as well. I had the Herculean task of creating a character, who is an integral part of Indian mythology --- the biggest and the best warrior of his times. He was so strong that even his Guru Parshuram, who had wiped out all the Kshatriyas on earth 21 times, could not defeat him. Yet, Bhishma was always humble and noble. So, I had to keep in mind that though he has the body of the biggest warrior, he is humble. I had to change physically from a young Bhishma (Devvrat) who is a boy in his teens, to a prince, and then to a mature man who lives for 200-plus years. The voice would also change, along with the walk and mannerisms. So, I was too busy literally getting into the skin and bones of Bhishma to be bothered by any kind of competition.

And, the result is that right from a child to an 80-year-old Indian, not to mention Italians, Russians, Chinese, Indonesians, French and people from so many other nationalities... they have all given me love and appreciation."

On having never seen the old Mahabharat, he said, "No, I did not see BR Chopra’s ‘Mahabharat’ for any reference. I feel that if I am signed for a part, it is my responsibility to build that character from scratch. I, as an artist, am competent enough to create a character on my own. I do not have to follow anyone just because the same character was played earlier."

Divyanka Tripathi calls out Indians for throwing pooja ...
11 minutes ago

Hina Khan talks about TV actors being looked down upon in ...
32 minutes ago

Kareena and Saif To Welcome Second Baby Around March 2021, ...
35 minutes ago

Vikas Sethi all set to launch a production house with wife; ...
an hour ago

Breaking
Breaking Karan Patel Eliminated from Khatron Ke Khiladi Made in ...
an hour ago

Arshad Warsi Prays for Sanjay Dutt after he was diagnosed ...
an hour ago

Kangana Ranaut Calls Out Mumbai Police for Rushing Sushant ...
an hour ago