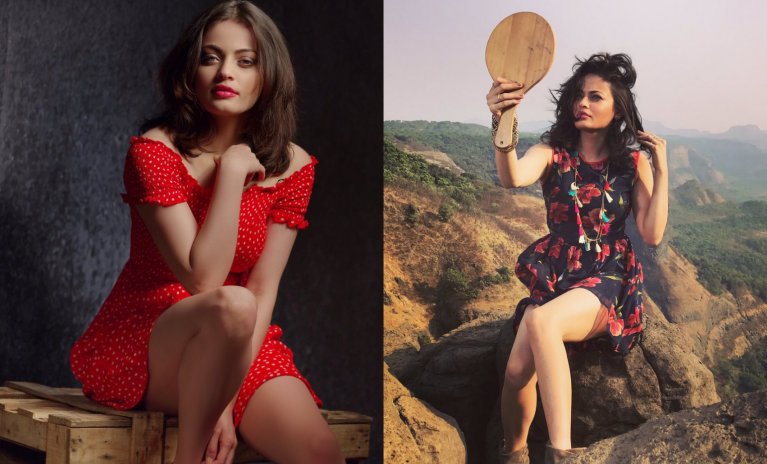 Remember actress Sneha Ullal who marked her debut with Salman Khan in 'Lucky - No Time For Love'? More than the film, Sneha shot to fame for her striking resemblance to Bollywood beauty and her mentor Salman Khan's ex, Aishwarya Rai Bachchan!

However, it's been a long time, we haven't seen her in any movies. The last film that Sneha did, was a Telugu film titled 'Antha Nee Mayalone' in 2014. The actress, who will now return to films soon, says that she stayed away from films because of a severe blood related health issue!

She was quoted  saying, "I would like to clarify that it's not a 'comeback'. I think a comeback is when you intentionally leave the industry and try to make a return. But I never left the industry; it's just that I wasn't doing films due to severe health issues. A lot of my fans kept asking me where I have disappeared all these four years, why I wasn't doing films. Well, I'm here now." (sic)

She then elaborated about health issue which is called 'auto-immune disorder'. She said, "It's  a blood-related illness where my own immune system kept me unwell. So my body would become so weak that I would not be able to stand on my feet for more than 30 to 40 minutes and because I kept shooting for films even with this illness, it got worse. Beyond a point, I didn't have the strength to do what an actress is expected to do running around, dancing and continuous shooting etc. That's when I had to stop and start my medication, because, there was no point in doing films and then falling sick every other day." (sic)

She also spoke about how her friends and family stood firmly by her side during the tough time. "Physically I was weak but mentally I was strong all throughout these four years. All my close friends in Mumbai and the south kept boosting my morale at every point. Along with medication I started working on my fitness to gain strength." (sic)

Adding to that, she said, "There were times when I did not look great. And when you're not at your best, you don't want to step out of the house and that's what I did. I stopped attending events and missed out on so many award functions, because as an actress you have to look good all the time. And if you don't, people won't understand why." (sic)

But the actress has now recovered and is all set to get back to work! She says, "I'm here, fully fit and fine. I won't say I'm cured, because this disease is like diabetes which is not curable but can be kept under control. So my illness is under control right now and I'm all set to get going." (sic)

+ 2
5 years ago Congratulation on beating the disease (I know it's not cured) and Good Luck to you Sneha Ullal :-)

Wishing you success in managing the disease and in your career and life :-)