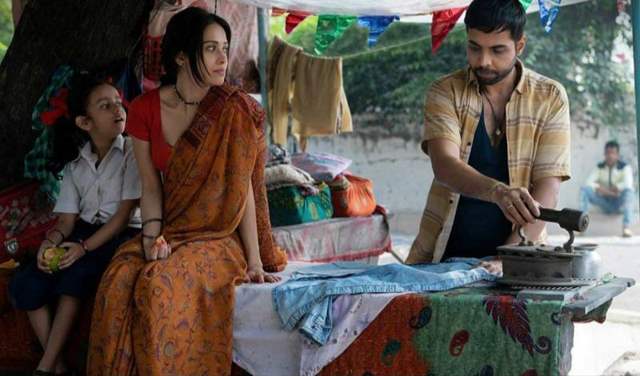 Nushrratt Bharuccha and Abhishek Banerjee were recently seen in their latest release, Ajeeb Daastaans. The duo shared a great chemistry on-screen in their film and Nushrratt opens up on the reason behind the same.

It was truly a blessing that Abhishek Banerjee was cast in the Ajeeb Daastaans alongside me. I have given so many auditions at his casting agency since the time I started my career, he would enact the scenes with me as my co-actor and give me the necessary critique. I could easily discuss about my character and story with him.

She further reveals how Abhishek helped her in getting out the best for her character in the series,

He was like a bouncing board for me literally, where I could easily bounce off my ideas on how to enact a particular scene and he would also improvise along with me. While shooting for Khilauna, I could put in extra effort in my character with his help, because I could easily run my thoughts through him, and I knew he would give me honest feedback.

Nushrratt had earlier worked with Abhishek in Dream Girl and their impeccable camaraderie off screen can be credited to their friendship which goes long back to the time when the two practiced lines with each other for auditions. This level of comfort is the reason that the two shared such a great chemistry in their first film, Ajeeb Daastaans opposite each other.

Nushrratt Bharuccha also has other projects like Ram Setu with Akshay Kumar and Jacqueline Fernandez, Vishal Furia's Chhori and Hurdang with Vijay Varma and Sunny Kaushal in the pipeline.