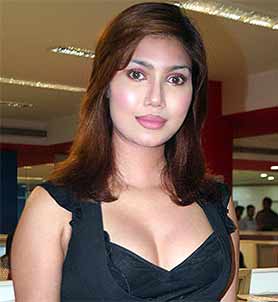 Nupur's special song will be one of the highlights of the film, according to the producer.

"Nupur is playing an important role in this supernatural thriller. One of the highlights of our film will be a song featuring her and Akash. It's a sensuous number and is definitely going to attract a lot of attention," producer P.V. Prasad told IANS.

"Nupur has the beauty and talent to impress the audience. I'm sure she will go places. We are almost done with the shooting and will soon announce the release date," he added.