Mumbai, Nov 21 (IANS) Om Puri, who plays a terror mastermind in Rensil D' Silva's just released 'Kurbaan', says that people with terrorist leanings have begun to emerge from educated households and that his character represents this dangerous trend.

'The dangerous thing about global terrorism is that people with terrorist leanings have begun to emerge from educated, normal, rational households. That' s the kind of mastermind I play in 'Kurbaan',' Puri told IANS.

Released Friday, 'Kurbaan' also stars Saif Ali Khan as a terrorist, Kareena Kapoor as his wife, and Vivek Oberoi as a journalist.

This is not the first film where Om Puri plays a terrorist mastermind.

'In Jagmohan Mundhra's 'Shoot On Sight' I was also one of the instigating factors in the bombings. But there I played a far more basic character perpetrating hated. In 'Kurbaan', I'm a suave intellectual with a mind behind my religious beliefs.

'The people who planned 26/11 or 7/7 had very precise deep and scientific minds. They weren't the rabid illogical kind of religious fanatics who work on their own rationale. And that's what makes my character in 'Kurbaan' far more dangerous,' he said.

The veteran actor had absolutely no qualms stepping into the terrorist mastermind's role in 'Kurbaan', a role that Irrfan Khan said no to.

'I don't know why Irrfan said no. To me every character is equally challenging and desirable. I've played 'Raavan' in Shyam Benegal's 'Discovery Of India'. And I still remember how much that helped me to grow as a human being and actor.

And the one lesson that 'Kurbaan' taught Om Puri?

'The character is not a rabid mullah but an educated thinking individual. This is what America's policy of arming Islamic countries has done. It has given birth to a culture of hatred and violence even among educated people,' said the actor who is currently in Chandigarh.

He is shooting for 'West Is West', the sequel to his highly successful international project 'East Is East'.

'Not one single untoward incident has happened. This is quite an achievement for a foreign unit,' said Om Puri. 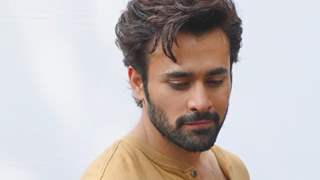 It is an irony that I am offered characters of a drunkard where I have ... 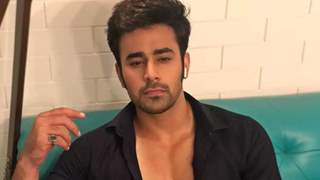 Pearl V Puri- "I generally don’t do music videos but from the moment I ...