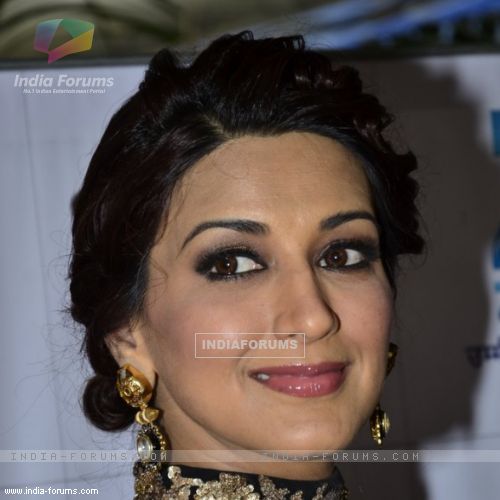 Actress Sonali Bendre, who was initially hesitant about taking up a fiction TV show due to her son, is glad that men nowadays are giving importance to their child's upbringing. She credits her husband for helping her to manage work and family.

The "Zakhm" star has a nine-year-old son Ranveer with husband and filmmaker Goldie Behl. She believes that now fathers take equal interest in their children's development as much as mothers do.

"Mothers were only involved in bringing up of their children. Now fathers are also involved. Earlier it was just about mothers," she said.

Sonali, who will be seen on "Ajeeb Daastaan Hain Ye" for at least six months, says she wasn't keen on taking up the forthcoming fiction TV show because of her son. But her husband has been supportive and "helps a lot".

"My husband said 'Don't worry, you go, I'm there. I will adjust my meetings. I'm there for Ranveer.' He goes to our son's tennis class sometimes or picks him up from school," said the actress, who plays a mother in the show too.

"I drop my son to school and by his dinner time, I'm home. Sometimes, I have to do night shooting and it's tough for me. My kid on the other hand, is getting freedom," she added.

Amidst shooting, supervising house, the fit and fabulous Sonali manages to find time to work out.

"I go gymming thrice a week and I don't eat junk food or take aerated drinks. I have always eaten healthy. Since childhood, after every two hours I would feel hungry.

"My mom used to get irritated and would shout at me. Now, people are spending lakhs by going to a dietician who suggests to eat after every two hours," she said.

She hasn't thought about any new project after the show goes off air, but knows one thing for sure -- if she has to work with her husband, it "has to be special". But production is not on her mind as of now.

"People take production lightly. You need training for it. I am an actor and I won't do a job that I don't know," she said.