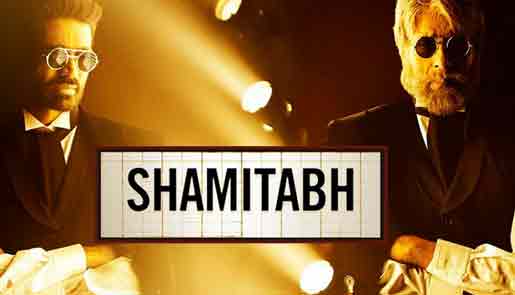 Southern superstar Dhanush, who made a successful Bollywood debut in 2013 with "Raanjhanaa", is gearing up for the release of his second Hindi film "Shamitabh". He says its concept may sound serious, but at heart it's a fun-filled entertainer.

"This film is about ego clash. The concept might sound serious but it's a very fun-filled film. There is amazing humour in this film. It's a new concept and hopefully it will be a refreshing experience for the audience," Dhanush said here.

The actor is guarded about revealing what his character in "Shamitabh" is.

"I don't have the liberty to say what my character is about. It is very close to the script, and if I say anything about my character, it'll be revealing the story of the film," he added.

"Shamitabh", directed by R. Balakrishnan, is said to be the story of an actor and his dubbing artist. The film will see Dhanush share screen space with thespian Amitabh Bachchan and newcomer Akshara Haasan.