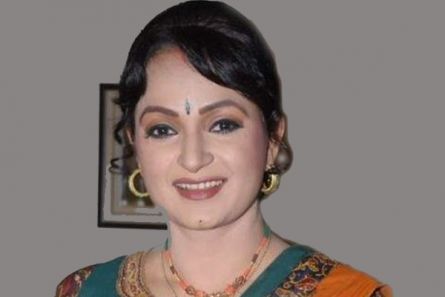 Actress Upasana Singh, who plays the popular character of "bua" (paternal aunt) on 'Comedy Nights With Kapil', says nobody can replace Sunil Grover as Gutthi on the show.

The show is aired on Colors TV.

"Nobody else other than Sunil (Grover) can play Gutthi. Only he is Gutthi," Upasana Singh told reporters here at the red carpet of Colors Golden Petal Awards.

Reportedly, the actor left the show recently as his contract was getting over and the show's producer and host Kapil Sharma was not ready to give him a hike he had asked for.

But now it is believed that Sunil is set to come up with his own show soon.

After Sunil left the show, actor Gaurav Gera was roped in to play another character Dulari on the show, and Upasana says all the new entrants in the show are doing good but Gutthi is irreplaceable.

"But yes, new characters are coming in the show and they are performing good, but nobody can replace Gutthi. Not even Colors wants to replace Gutthi," she added.

Upasana, who has become a household name with her dialogues like "Bittu, Kaun hai ye aadmi?", says she misses Sunil aka Gutthi and wants him back on the show.

"I miss Gutthi a lot because our team is like a family. We all miss Sunil a lot and I want him to come back to the show," said Upasana.

atominis 6 years ago Upasana ji's being very gracious. If Colors regards Guthi too then why don't they work up some compromise or negotiate with Sunil Grover? I wish they were all united too. The artistes were fantastic together.