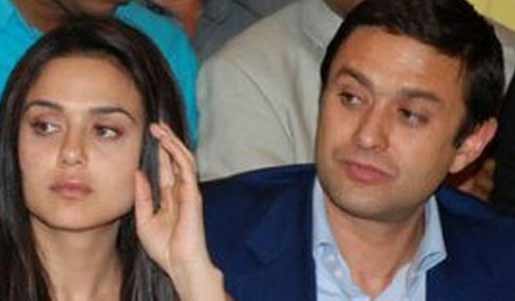 A spokesperson from the Wadia group Friday denied a report claiming that actress Preity Zinta has laid down five conditions for her ex-boyfriend and business partner Ness Wadia to withdraw the complaint against him that she filed in June.

The actress, in a written complaint to Marine Drive Police Station, accused the Wadia scion and co-owner of the King XI Punjab IPL team of molesting and abusing her May 30 during a cricket match at the Wankhede Stadium, here.

"It's all speculative reports. There is no truth behind this," the spokesperson from Wadia group told IANS. He added no such conversation took place between the two parties.

Meanwhile, four new witnesses called by Ness Wadia in connection with allegations levelled against him by Preity Zinta informed the Mumbai police that everything was "normal" between the two celebrities on that particular day.