One of the best colleagues of Ekta Kapoor, Nivedita Basu has recently put down her papers. She had been working with Balaji Telefilms since nine years. Alongside another 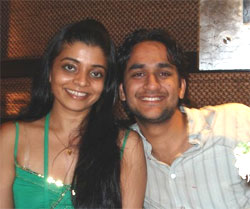 “Yes I have resigned from Balaji as I felt I was not able to contribute much on the creative level,” says Nivedita, ex- Senior Creative Head of Balaji.

What’s next for you then? “I had been working with Balaji since nine years, so now I’m going on a break for a while. Only after my vacation, I would be in a position to take something else. For now I have not yet decided of what to do,” she adds further.

When asked Vikas about his resignation, he says, “I had served the notice period of six months in the company. The reason for leaving the production house was that I wanted to do different things and explore the outside world." He has been associated with Balaji for the past 3 years.

According to our source, Vikas has already taken up one of the show in ZEE. When asked him about this he replied that, “ I would not like to comment on it.”


Nivedita was one of the important parts of the Balaji hierarchy. She started her journey as a trainee in the non fiction shows produced by the company. She is also known as one of the backbones of the company.

Let’s see what will be next with Balaji…

+ 5
13 years ago Hmmm this might a good thing, atleast now no more repetitive storylines n theres only a certain amount of things one can think of,... im sure shes done everything tht came to her head from plastic surgeries, to replacing actors, to killing them lol.... but she was damn good with some shows like Kayamath.... n Kis Desh Mein till Prem died... =[... anyways wish her all the best!

+ 4
13 years ago balaji is in great trouble ya,
wish ekta all the best

13 years ago It''s a good thing that Nivedita left because she wasn''t doing any good with the shows, so maybe now BT can bring in new creatives with fresh new ideas and bring BT back to the top.

I wish Ekta all the best! If she just stays consistant with the storylines and gives the viewers what they like she''ll be back!

13 years ago I wish Ekta all the best....give her some time...i am sure she will be successful agin...she did give us many successful shows n jodi''s...dont be so harsh to her

Niveditha ruined many BT shows...its gud for BT that Niveditha left ...
anyways All the best to Niveditha and Vikas

13 years ago oh how the mighty have fallen...this was long due...and think Ekta should just call it quits!

13 years ago Long due has finally occured.. Looking at kEta and BT''s serials popularity,she should have done this long ago. Hope kEkta will open her eyes before it''s too late and do some realistic shows rather than showing same recycled crap ..3- 4 marriages and return after death etc.

+ 3
13 years ago omgggggggggg
seriosuly wats going on./...
balaji seriously in trouble this al hapening coz of ekta same story line they also tired i agree wit vikas he want to do something different..if ekta didnt do that they wil not left balji producation house..