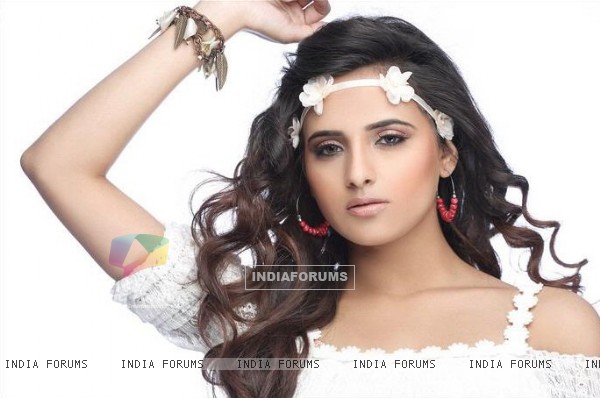 As Beyond Dreams popular show Veera on Star Plus is grabbing the eyeballs of the masses with its intriguing track, the viewers shall witness a new entry in the show to spice up the drama.

Yes! after Rajveer's entry in the show, actress Nisha Nagpal who was last seen in Zee TV's Qubool Hai as Tanveer has been roped in to essay the role of Simran.

Confirming about the same our source says, "Simran will be paired opposite to Baldev as Ranvir and Bansuri (Vishavpreet Kaur) are against Veera and Baldev's marriage. Ranvir (Shivin Narang) is impressed with Rajveer (Vivek Dahiya) and finds him suitable guy for Veera (Digangana Suryavanshi)."

Adding further our source says, "Bansuri's childhood friend will come down to Pritampura along with her daughter Simran. Simran will win Bansuri's heart and also falls for Baldev. As Bansuri doesn't want Veera and Baldev to get married, she will try to bring Baldev closer with Simran and make his wife instead of Veera."

Hence this new entry will add more twist and turns in Veera and Baldev's relationship.

TellyBuzz wishes Nisha Nagpal all the best for the new show!

6 years ago Vishal Vashishtha & Digangana Suryavanshi - Keep Up The Great Work ... You guys are Rocking as Baldev-Veera ... VeeBa are so Adorable !!

+ 3
6 years ago Vishal Vashishtha and Digangana Suryavanshi keep rocking as Veeba:) Love you

+ 2
6 years ago I hope she has improved since Tanveer... wish her the best. Heres hoping the best to VeeBa.

OMGDevil 6 years ago Loving this track so much. Vishal Vashishtha & Digangana Suryavanshi - You guys are Fantastic & Excellent as Baldev-Veera ... VeeBa Rockxxx !!!

6 years ago vishal vashishtha u r charm of this show.any girl will fall for baldev.it will be treat to watch veera jealous.akhir veera ko bhi pata chale pind da sher is in demand among girls.