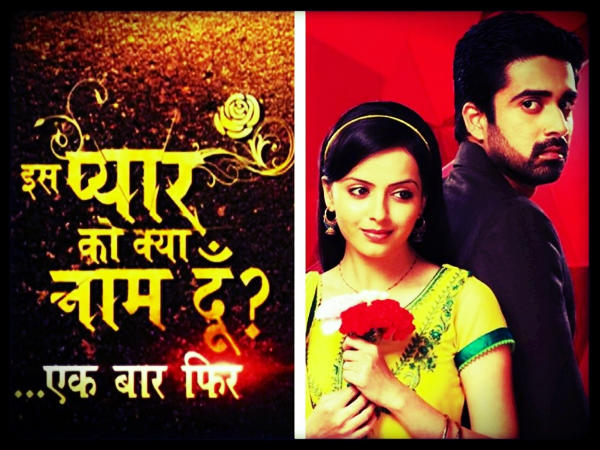 Star Plus' popular show Iss Pyaar Ko Kya Naam Doon... Ek Baar Phir is gearing up with an interesting track where Niranjan (Manish Wadhwa) along with Anjali (Geetanjali Tikekar) will give a surprise visit in the Ashram where Anjali's parents are residing. This will leave Anjali and Aastha (Shrenu Parikh) in a panic mode.


As per the ongoing track, Anjali has promised that she will never think or talk about her parents as per Niranjan's order. And one day when she reaches the temple she spots her parents. She is disheartened to know about her parents condition. Thus Aastha helps them and sends them to the old age home and she also convince Anjali to go and meet them.

Finally Aastha succeeds in uniting her mother in law with her parents but Niranjan is unaware about it. Till now everything is going well and Anjali's parents are happy at the old age home but as the show is famous for bringing  the much needed twists and turns, soon there will be a a major twist in the show.

Our sources say, "As Niranjan does a lot of charity. He donates some amount in this Ashram for the people's well being but he is unaware about the fact that Anjali's parents live in the same Ashram. Thus he will give a surprise visit in the Ashram along with Anjali to check whether everything is fine or not. This will put all the member of the Ashram along with Anjali in the a dilemma as everybody will be worried that what will happen if Nirajan sees Anjali's parents in the old age home."

Will Niranjan come to know about Anjali's parents living in the Ashram? Not so soon as Aastha will reach on time and will take way her parents from the Ashram.