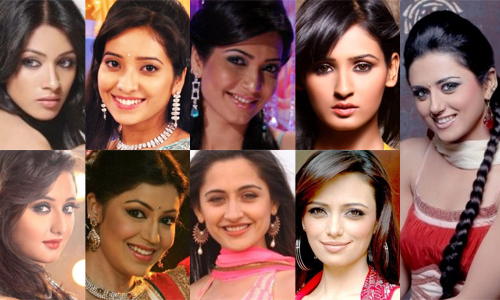 TellyBuzz have been constantly reporting about Multiscreen Media Ltd's upcoming channel Sony Pal. Recently, we had reported about 'Ye Pal Hamara Hai' event that will come on air on September 7 which will not only introduce its nine shows lined up but also will bring to the audience some mesmerizing performances by the television actors. Also to those uninitiated, Juhi Chawla is the face of the channel.

Elaborating a little more on the channel, Sony Pal is dedicated to women who have always sacrificed for their families, for those who think about others before themselves. Keeping the base and concept of the channel in mind, the function began with an act of navdurga showcasing the nine roops (shades) of the Goddess.

Nine well known and loved faces of television came together to present this act. Those who performed the act were Barkha Bisht Sengupta, Rashmi Desai, Debina Bonnerjee Choudhary, Asha Negi, Karishma Tanna, Sanjeeda Shaikh, Roshni Chopra, Ridhi Dogra Vashisth and Shakti Mohan. Their performance was so impactful that it ended up with the audience getting goosebumps.

So guys, won't it be a great watch to see all these pretty and wonderful ladies of our tinsel town coming together?

guru.deewani 6 years ago Waiting to see Debina Bonnerjee Choudhary in this act.

moon_cupcake 6 years ago Feeling so proud of Shakti Mohan..eagerly waiting for the act

krarshanaval 6 years ago this is awesome as u came forward for the navdurga act ... love u shakti mohan

sakshik 6 years ago Very much excited for Asha Negi's performance..