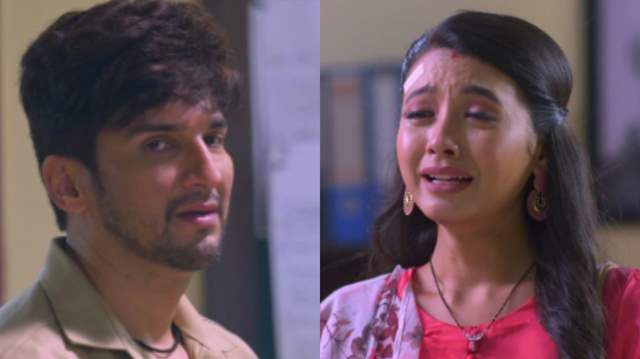 Colors’ show ‘Nima Denzongpa’ is getting quite interesting with each passing episode.

In the previous episode, while Nima walks out of the morgue, she is hit by an auto and collapses on the road. Sujata a passenger in the auto gets down to help Nima and tells the driver Manav to take her to the house so that she can be treated. Reaching home Sujata tells her mother Sarita about the accident and shares that she has brought Nima home to avoid any questions about the family as she was hit by their auto.  Sujata refuses to call the doctor as they can be interrogated on bringing a random woman home. Later, Nima gains consciousness, and she thanks Sujata and Sarita for taking care of her and treating her wound. While leaving Sujata’s house Nima crosses paths with Manav and she feels a slight pull towards him. Meanwhile, Manav asks Sujata about Nima which upsets her. Later, Manav is seen questioning himself for not understanding Marathi which has been his mother tongue.

In tonight’s episode, while Manav is asleep, Sujata lies down next to him and keeps her feet on his, but Manav feels uncomfortable, and he moves away. Sujata then puts her arm around him, but he slides from under her arm saying he is having a very bad headache and if Sujata can give him a glass of water. Sujata goes to get water and Sarita taunts her saying that Manav has no feelings for her which upsets Sujata. Later in turn of events, Sujata tries to hide a metal box from Manav and when he asks her about it she immediately says that it has her personal things. The next morning, while Nima and Sunita look for Nima’s lost wallet, Nima remembers losing the wallet in Sujata’s house. On the other hand, Manav finds Nima’s wallet and feels the name to be very familiar when Sujata reads Nima Denzongpa aloud. Manav suggests, that he will hand over the wallet to Nima but Sujata tells him to courier the wallet back to her house. Manav however, comes to Nima’s basti and while he searches for the address he gets arrested by the cops. Nima and Sujata are called by the police for interrogations.

Furthermore, Nima will help Virat gain his memory by taking him to the Sethi house. Aai and Nima take him to  the doctor and find out about his memory loss.