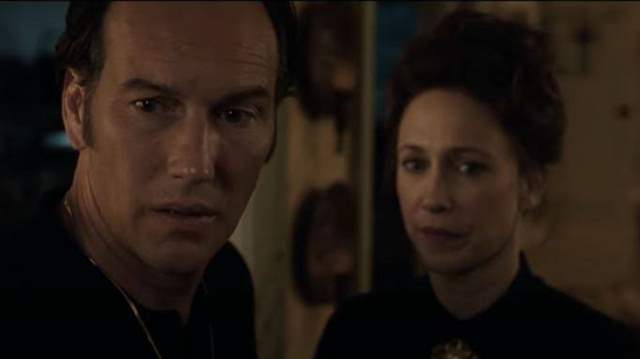 The third installment called 'The Conjuring: The Devil Made Me Do It' released it's trailer recently and loved exorcists Ed (Patrick Wilson) and Lorraine Warren (Vera Farmiga) return.

The film opens with the paranormal investigators trying to save "the soul of a young boy, and then takes them beyond anything they’d ever seen before, to mark the first time in U.S. history that a murder suspect would claim demonic possession as a defense."

The story is loosely based on the trial of 19-year-old Arne Cheyenne Johnson, who was convicted of stabbing to death his landlord in 1981 and attempted to blame demonic possession for his actions. Johnson said the 11-year-old brother of his fiancée had been possessed months earlier, that they had enlisted the help of real-life self-proclaimed demonologists Ed and Lorraine Warren, and then the demon fled from the boy's body into Johnson's.

The Conjuring: The Devil Made Me Do It releases June 4 in theaters and on HBO Max.