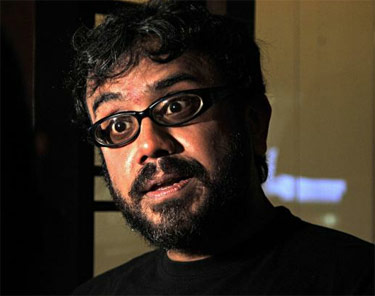 Dibakar Banerjee's "Shanghai" has broken even and the director says his aim was to create a profit-making venture and not a blockbuster.

"'Shanghai' was never made to be the blockbuster of the year. We never thought even this would happen. We spent Rs.12 crore in the making and Rs.8 crore in the marketing. From Monday, we have been making profits. This was our aim and we have done it," he told reporters Tuesday at Juhu PVR here.

Released Friday, "Shanghai" had a slow start but picked up during the weekend. It opened with Rs.3.2 core earnings on the first day and the collection went up by 30 percent Saturday and 35 percent Sunday.

On Monday, the film's performance at the box office has been strong.

The film is topical as it focuses on the corruption in the political system and performances by Prosenjit Chatterjee, Abhay Deol, Emraan Hashmi and Kali Koechlin have made it an interesting watch.

Talking about appreciation he has received from people, Banerjee said: "I have got 200 texts from people in the industry, my college, school, neighbourhood and all. They loved the film and really got the film.

"The film has impacted people regardless of the fact whether they are actors or normal people like us. There are a lot of people who have not liked the film, which is good. If a film polarises people and if they are talking about it, then it can't be ignored."

Dibakar also thanked the media and said that 50 percent publicity of "Shanghai" was done through media.

"I want to thank the media. The media supported us and that's why we have done so well. Other films should be jealous of us," he added.