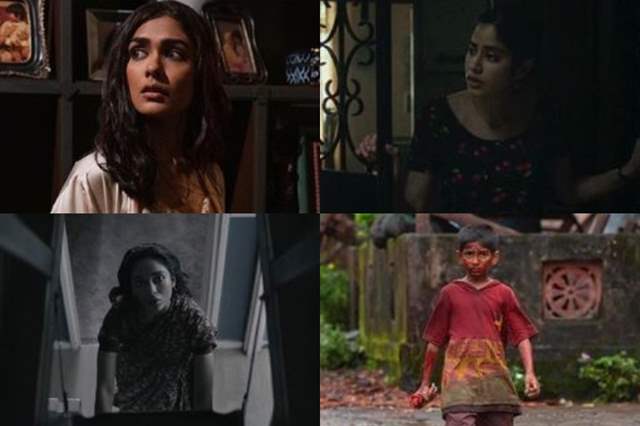 Ghost Stories is an anthology produced by Ronnie Screwvala, reuniting directors Karan Johar, Dibakar Banerjee, Anurag Kashyap and Zoya Akhtar after their successful previous stint with Netflix, Lust Stories. All the four directors will be presenting stories based on the Horror genre. Actors like Jhanvi Kapoor, Kusha Kapila, Sobhita Dhulipala, Mrunal Thakur have been roped in for various stories and the anticipation has definitely increased after Lust Stories.

The news about Ghost Stories has got everyone extremely excited and now the makers have finally revealed the launch date through social media. Ghost Stories will stream on Netflix from new year, that is 1st January, 2020.

Not just that but Netflix has also released the first look from all the four stories and it has increased our excitement to an all new level.

Which director’s ghost story are you most excited for? Let us know in the comment section below.

Sona_Chandini 8 months ago This looks so interesting. Congrats to Mrunal for getting such a cool project.

Director Mayank Sharma reveals what went behind the making ...
15 minutes ago

Pages from Sushant's Personal Diary Leaked: Here's What the ...
26 minutes ago