View Profile
Despite Johnny Gaddhar and Aa Dekhen Zara not doing well at box office, Neil Nitin Mukesh has left an impact with his acting, which is now backed by Box office hit New York and previews for his upcoming movie Jail which looks very 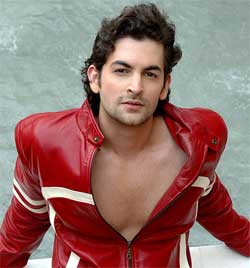 After the surge in popularity, Mukesh is being approached by many producers offering bigger and better projects.  However Neil has surprised the industry by refusing these offers and staying loyal to the projects he had committed himself to before New York became a hit.

Definitely a rare occurence when new actors are willing to drop smaller projects for big banners.  An industry insider revealed,
"He has really set an example for other young stars to follow. Celebrities are always on the lookout for newer and better offers, but Neil seems to be doing just the opposite. He doesn't want to put his producers in jeopardy by taking up new films. It is said that he has been offered lucrative sums of money but it has not lured the actor,"
Neil's manager confirmed, "It's true, Neil has been getting many offers after the release of New York but he would much rather fulfil his earlier commitments than move on to a new one."

Indeed a very loyal gesture on Neil's behalf, Bollycurry wishes him all the success for his future projects.
Author: Tomiko
8 Likes