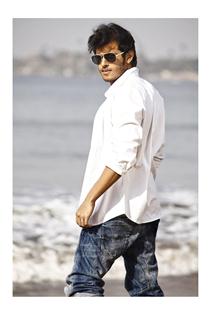 Actor Neil Bhatt, currently seen in Diya Aur Baati Hum, was recently amidst the fire that happened on the sets of the show. We hear that Neil was extremely brave in helping as many people as possible on the sets.  Recalling the incident Neil said, "The AC that blasted was right outside my makeup room. Everyone was on set during the iftaar and only three people were in their respective makeup rooms- Deepika Singh, one other character artist and me. I was on the phone sitting on my chair and suddenly heard the blast at around 7:15 pm. I was almost thrown off my chair."

Neil continues saying "Somehow I got up and then tried getting out. Deepika shouted that the ceiling was falling and my makeup room is on the first floor and her's is on the ground floor. So I was worried that it might fall on me so I stayed in but then thought I might be stranded in the rubble so I ran out. The moment we got out of the set there was complete chaos and total blackout. I went on the backside of the set because a lot of people were gathered which is also the air vent of the AC. The REAL heroes of the set were the spot, light and setting department. They were the ones trying to get the people stuck inside out of the vent. The only thing I could do was help pick the injured and put them in the ambulance that had already arrived. Next thing that I thought was important was to get the belongings of the people so I wrapped a napkin and went back in the set which was filled with smoke and dust to get my stuff and on the way I was receiving calls from co-actors to get their stuff too like small things like a watch or phone or something or the other.

Finally we also did a head count and everybody was luckily safe and not injured badly except for the two AC repair personnel. One of them is even recovering quite fast from the burns."

AbdurRehman80 6 years ago neil bhatt luv u hero. i like your new look in dabh. love neil and deepika :)