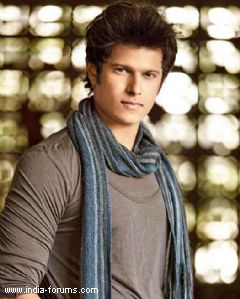 Actor Neil Bhatt was recently felicitated by the Gujarati community for his contributions to the entertainment industry as an actor. The actor was awarded the Swargiya Daigauri Ochavlal Joshi Rajat Padak Award by the Mumbai Lunavada Nagar Mandal on this Republic day.

Neil from the days of 12/24 Karol Bagh and Gulaal to recently Ramayan and now Diya Aur Baati Hum has taken challenges and picked up unconventional roles for which the actor has developed a strong fan following as well.

We spoke to Neil who said, "It feels great to have been felicitated by the Mandal.  It's definitely motivating to keep moving ahead in one's career and what better award than one given by one's community.  I am elated!"

Thanks for the article...

Arjun Bijlani talks about his first reaction on being ...
12 minutes ago