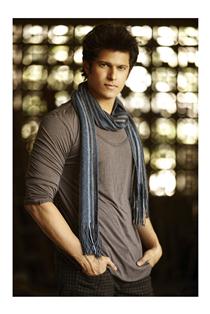 Actor Neil Bhatt's character of Zakir seems to have hit off well with the audiences in Diya Aur Baati Hum. The actor had been initially selected for an extended cameo, his character's track ended a couple of weeks ago.

But due to the great audience feedback we hear that Neil is being introduced back into the story and has resumed shooting as well.

When we contacted Neil he confirmed saying, "Its great to be back. I have just finished my first day of comeback and what a warm welcome I have received. I saw smiling faces and got hugs from the cast and crew. I've missed the show and the crew I am looking forward to a new beginning with the show."
44 Likes

leo4ever 6 years ago wohoo! now for once i hope sandy tells off her family and listens to zakir

coolmona_1980 6 years ago Wow...my goodness dream come true...i was just wishing that Neil shoudl back..and here he is my god wishes do come true..missing u sooo much ...dying to see u back on screen...

deejagi 6 years ago Welcome back Neil Bhatt. Hope you and Sandy will make a better pair to nab Kavitha and her team. All the best

Transference 6 years ago WOW!!Excited for his re-entry!!Wishing Neil all da Best!!

Rumi007 6 years ago I want him in a new show that too as the male lead. Please Neil...don't wanna wait anymore.

winterdusk 6 years ago neil all the best hope tht the role remain consistent !

zebabnb 6 years ago guys add NEIL BHATT on his official facebook page that is :- iamneilbhatt ... !