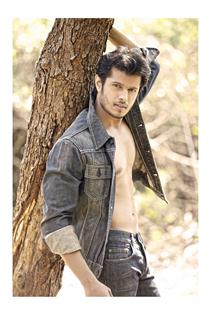 Actor Neil Bhatt who was recently seen as Lakshman in Ramayan we hear has been approached for Sashi Sumeet Mittal's Diya Aur Baati Hum.

Our source informs us, "It's a cameo of a hard working IPS officer who will be seen in training.  While currently the character is being touted as a cameo if the audience's reception is well, the character may stay around for a longer duration."

We hear that the character will be seen interacting with Sandhya a lot on the show. When we contacted Neil he confirmed saying, "Yes, I have been approached but right now it's too early to say anything."

LoveuNeil 6 years ago Neil Neil Neil sooo eager to see u back...hope to see u soon in Diya aur baati ...love u sooo much...

AurTu 6 years ago I trust you Neil! All the best for your cameo...Love you

dabh9 6 years ago Thanks for the article.
All the best

mkhana 6 years ago thank god u r back i hate DAB but will tolerate the serial 2 c u:)