Can you imagine yourself locked away for your entire life. Well, that's what Neha Marda has to enact in her Zee Next show, Ek Thi Rajkumari. Telly Buzz caught up with this cute Marwari beauty to chat on the difficulites she faced doing this fantasy character.

Can you talk a bit about your character Priyamvada?

She is a caged princess. Her mother does not allow her to step out of the house due to some curse which says that if she does before marriage, ill luck will fall on the family. The poor thing does not know what a cell phone or lap top is. Neither has she ever interacted with guys. 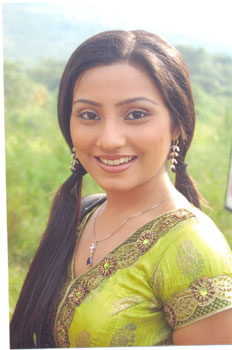 Featured Video
How did you prepare for this role?

It was not at all easy. As I am personally a free bird, my folks have never stopped me from doing anything in life. Hence it took months of hard work to get into Priyamvada's skin. We did a number of workshop's, re-wrote the script and worked on my dialogues . But all the effort has paid off, as now I can easily think like her.

How will your character pan out in the short term?

Priyamvada is desperate to find out what how the outside world looks like. So she pulls all kinds of stunts and manipulations to escape. I actually wonder at how can somebody think so deep. Eventually she does runs away. What happens next, find out for your self.

Does the Rajkumari find her love interest?

Yes, there is a love track between Priyamvada and Arjun Singhania, played by Ali Merchant..

Are such things possible in real life?

No, and we have shown this to be fairy tale. You will sympathize and emphasize with her. We promise you entertainment; but please don't try to find logic.

You have shot in castles now, how has been the experience?

Its great, but coming from Rajasthan, our family itself owns a 40 room castle.

Tell us about your parents..

My mom is bit strict, but dad always bails me out. Even If I have a slight cold, he will not let me go for shooting until I visit the doctor.

Tell us about the roles you have played so far..

My first show was the college romance , 'Saath Rahega Always' on Sahara One, followed by Zee's Mamta. Then came Ravi Rai's Ghar Ek Sapna, where I played Mrtika.

Is your track in Ghar Ek Sapna over?

Yes, it was not possible to do that along with Ek Thi Rajkumuri, which is a daily. So I spoke to Ravi ji and he graciously agreed to end my role. So Mritika was shunted off to the States. 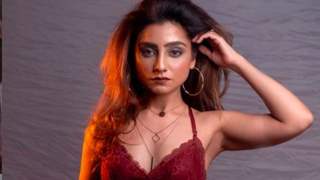 so eager to watch this show...