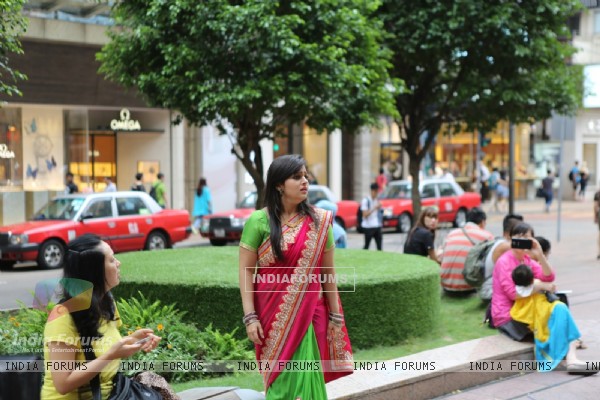 The team of Colors' popular show Sasural Simar Ka recently had a gala time in Hong Kong while they were shooting for their 1000th episode special.

No doubt, the team had a gala time shooting over there but they also encountered a filmy moment as Neha Lakshmi Iyer, aka Surbhi was lost during the shooting and the team found it difficult to find  her phone as it was not along with her.

We heard from our source that, "While the cast and crew were spending some time together after their shoot by having a coffee at Times Square, Neha all of a sudden disappeared. Since Neha was wearing a saree for her shoot, her phone was with Dheeraj Dhoopar and she was roaming around. The place being so big, Neha lost her connect with the team."

"After searching for Neha who was stranded for around 20 minutes the crew successfully traced Neha. It became little easy for the crew members to trace Neha since she was in a saree," added our source.

We tried contacting Neha, but she remained unavailable to comment.

Premar556 6 years ago Love u dheeraj dhoopar
Love u prem