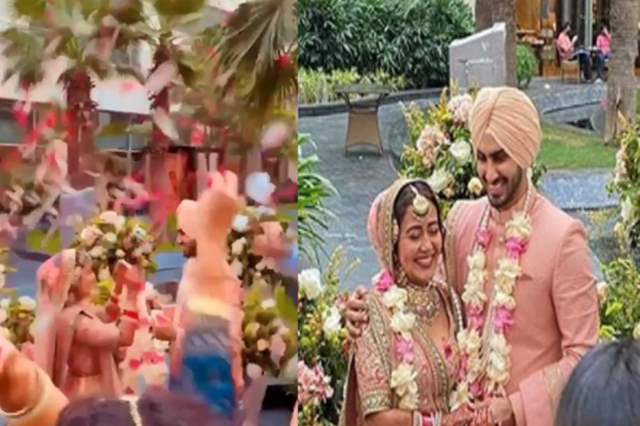 After a lot of buzz surrounding the much-talked about Neha Kakkar wedding, the same has finally happened. After having several ceremonies and even other social media announcements, singer Neha Kakkar is finally and officially a married woman. She tied the knot with beau Rohanpreet Singh. While there was quite some coverage of sorts with the special day, it was still a private affair and the couple's respective families were in to enjoy every moment of the same. As per Sikh tradition, Kakkar and Singh got married by taking laavan pheras in gurudwara and later had a function with everyone else. They obviously look happier than ever but more than happy, they look radiant and absolutely stunning in their respective wedding attires-

For a while till the confirmation, Kakkar and Singh apparently kept their relationship private till known to all and once that happened, there were immediate rumors of their wedding surfacing everywhere. Apart from this wedding ceremony, they are said to be holding a grand weding reception in Punjab's Zirakpur on 26th October 2020.

Neha Kakkar and Rohanpreet Singh dance their hearts out at Roka ...

After Neha Kakkar, Aditya Narayan to get married to Shweta Agarwal by ...