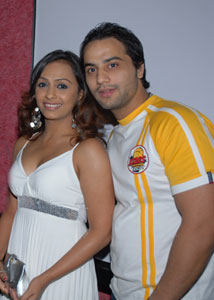 Ashita Dhawan who is playing the role of Malti in Rajan Shahi's serial Sapna Babul Ka..Bidaai, is in love with none other than Shailesh Gulabani who stars as the villain in "Mein Aisi Kyun Hoon" aired on Sahara One. And the interesting part is both are playing negative in their respective serials. Ashita Dhawan is the cousin of Rinku Dhawan; Rinku who came to lime light with her role of Chhaya in Kahaani Ghar Ghar Ki.

When Telly Buzz called the two, both confirmed about the relationship. "Yes he is someone really special in my life," is what Ashita had to say. Even Shailesh confirmed the news and said, "I know her since last three years." It seems these two love birds met three years back in 2005, at Star Parivar Awards party and after that are together. But none of the two have any plans to tie the knot immediately. "About marriage, we have not thought anything right now. We both are focusing well on our career and we need to concentrate on that and only then, we will think of marriage," is Shailesh's reply to our query on marriage. Ashita too shared the same thoughts on marriage and wants to concentrate more on her career.

Theirs is surely a case of 'Negatives' Attract!! 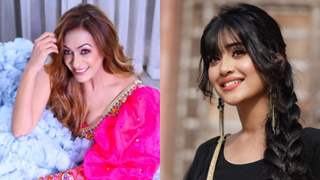 amandagrey 12 years ago www.maharaniweddings.com - great us site for indian weddings.

14 years ago Celebrities shud maintain their image.This is reducing them to a level of LS.Very Very LS

Image, dignity, honor gives you respect.
greed for money takes you down.