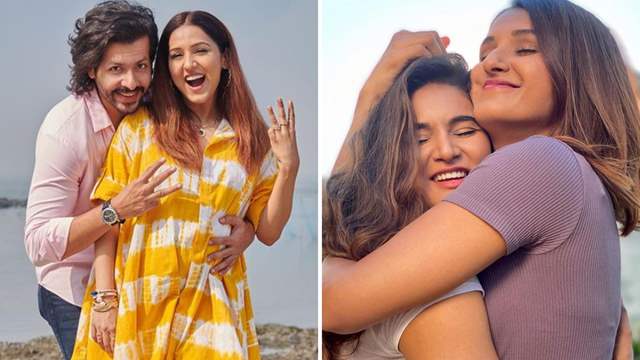 Singer Neeti Mohan announced her pregnancy with husband and television actor, Nihaar Pandya in February. The couple is expecting their first baby and announced the good news on the same day when they celebrated their second wedding anniversary.

In a recent chat, Neeti shares the reaction of her sisters Shakti Mohan and Mukti Mohan on her pregnancy and welcoming the new baby.

“My sisters are excited and can’t wait to meet my mini version. They keep on saying that they will be standing at the doorstep of the hospital. They are pampering me so much, and we have planned a lot--from baby names to shopping. We are all very excited for the little one to arrive”, she told ETimes.

Neeti also shares that she faced no craving, no nausea, no morning sickness in the first three months of pregnancy.

Speaking of managing work during pregnancy, the singer says that she has a home studio and records her song from home.