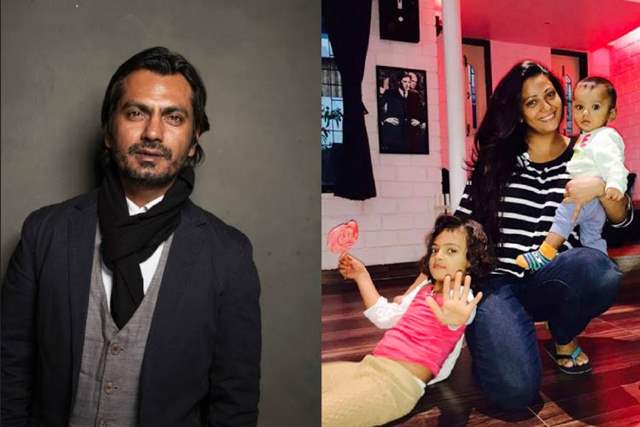 Actor Nawazuddin Siddiqui continues to have a rollicking career at the movies and web world for a while now but to everyone's surprise, his personal life seemed to be in a turmoil in the past year when wife Aaliya came forward to put some allegations on Siddiqui and more so on his family.

Aaliya had several things to say and while Siddiqui never publicly commented on anything, it seemed their separation for sealed. However, a few months ago, things seemed to have gotten better and Aaliya apparently reconciled with Siddiqui and buried the hatchet. It has been a few months to the same indeed and it seems things have only gotten even better as of now. Siddiqui's kids, Shora and Yani are set and packing to fly off to Dubai to pursue further education as we know. But not just that, Siddiqui will also be flying along with Aaliya to spend a huge amount of time with their kids there. Incidentally, this will be Siddiqui's first trip with Aaliya after their reconciliation.

Talking about it to ETimes, Aaliya said,  "We shall book the tickets soon," and adds, "Yes, we all four are going. The kids will stay back in Dubai." Initially, only Aaliya was supposed to travel with them.  Post his stay in Dubai, Siddiqui will be flying to London for the shoot of Heropanti 2 which has Tiger Shroff and Tara Sutaria in lead roles. Siddiqui may come to Mumbai and then fly out to London, depending on the final shoot dates.

About the trip, Aaliya concluded saying, "My niece is there. And, I have a very good caretaker. So, even if I come to India off and on for any work or to meet Nawaz, it won't be a problem.”

Currently, Aaliya and the kids stay in Nawaz's farmhouse at Kasara.

1 months ago why is this hot and happening?