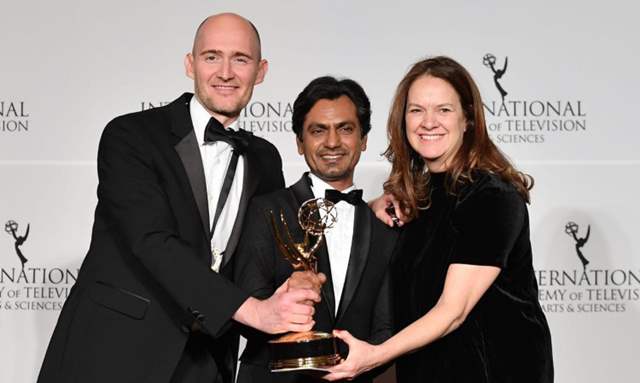 Nawazuddin Siddiqui is one of the most critically acclaimed actors globally and has had an exceptional journey. The benevolent star has been an inspiration to many and has set a great example by shutting down all the stereotypes and transforming into an unconventional star. It is always a proud moment for every individual of the nation when Indian content or talent is appreciated at a global level and this is exactly what Nawazuddin Siddiqui is feeling right now.

Being honored at several International Film Festivals, the actor has expressed his happiness towards Netflix's ‘Delhi Crime’ bagging the Emmy International Awards this morning. With such a proud moment for Indians this year, the notable actor also walked down the memory lane to the time when his drama series 'McMafia' had won the Best Drama Series Award at the 47th Emmy International Awards 2019.  Congratulating the entire team for a fabulous win, the performer took to social media sharing this proud moment for the entire nation.

Nawazuddin Siddiqui mentions, "It is a proud moment for all of us. With ‘Delhi Crime’ winning big at the International Film Festival, it has added another feather in the cap of our amazing entertainment industry. Hearty Congratulations to the director Richie Mehta and the whole cast. All the efforts and hard work have paid off and this is absolutely a fabulous win!"

On the work front, Nawazuddin Siddiqui will be seen in Bole Chudiyan and No Man’s Land.