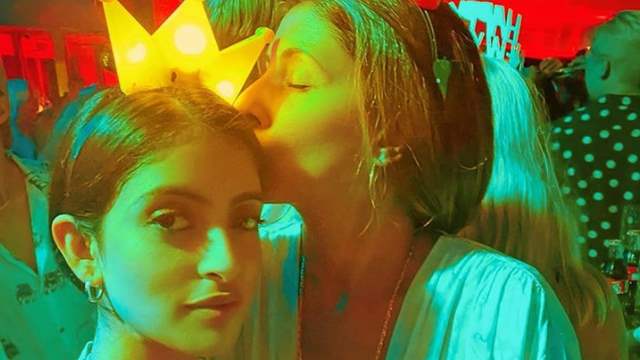 Amitabh Bachchan's granddaughter Navya Naveli Nanda is making headlines for all the good reasons. She graduated from the Fordham University last year, with a major in digital technology and UX design, and recently launched an organisation to promote gender equality in India.

Navya is the cofounder of Aara Health, a women’s health clinic and Project Naveli, a new initiative towards women empowerment in India. She launched Project Naveli earlier this month to provide women with resources and opportunities to work.

Recently, she spoke to Vogue about her initiative and shared how the working women in her family have influenced her. An user made a nasty comment on the Instagram post promoting a new profile of Navya, and attacked her mother Shweta Bachchan.

“What work does her mother do? Lol” wrote an user, to which Navya responded with an apt reply. She wrote back in the comments section: "She's an author, writer, designer, wife and mother.”

Navya also took a screengrab of the comment, posted it on her Instagram story and further wrote:

"Being a mother and a wife is a full-time job. Please don't discredit women who are homemakers. Their role is so crucial in the upbringing of a generation that will hopefully support their contribution instead of tearing it down." 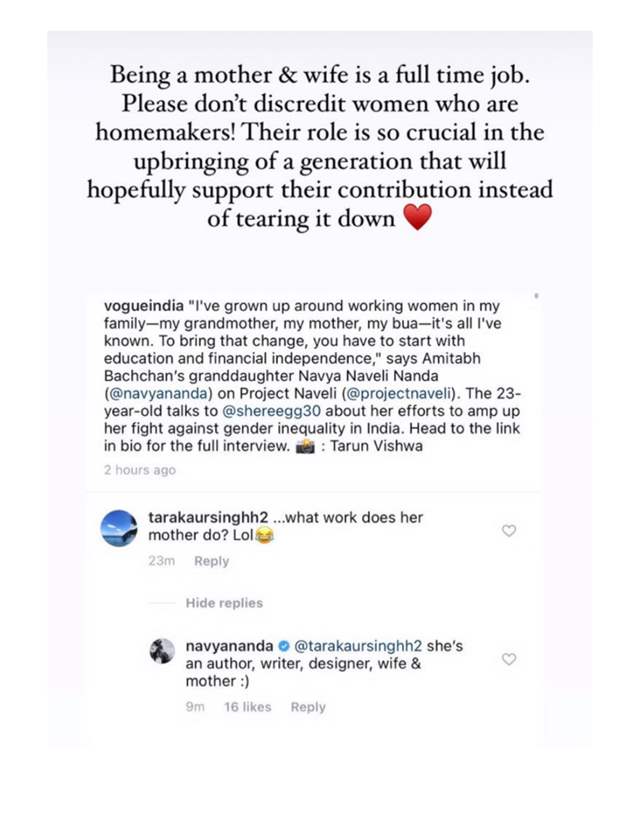 Navya is the daughter of Amitabh Bachchan’s daughter, Shweta Bachchan Nanda and Nikhil Nanda. She also has a younger brother, Agastya.