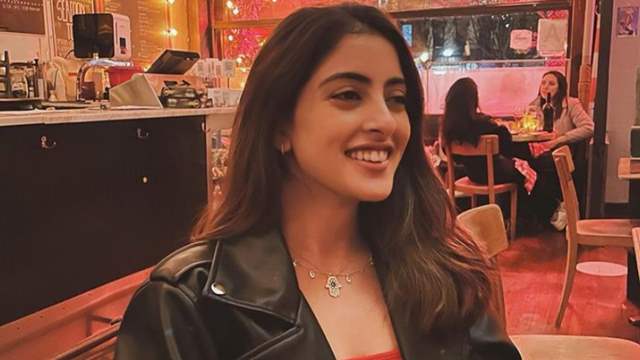 Besides talking about her social work, Navya also likes to share pictures of herself and her family on her Instagram handle. On Tuesday, she dropped a stunning picture of herself straight from New York.

In the picture, Navya can be seen flashing a million dollar smile as she posed in a cafe from NY. She wore a red top underneath a black leather jacket paired with jeans.

Navya has more than 300 thousand followers on Instagram and her new picture led to several fans gushing over her in the comments. Her best friend Shanaya Kapoor also seemed to be impressed with her look as she dropped a comment and wrote, “Beauty with heart emojis.”

Recently, Navya made headlines after she reacted against Uttarakhand chief minister Tirath Singh Rawat's comment on ripped jeans. In a sharp response, Navya had written on social media, ‘Wtf. Change your mentality before changing our clothes :) because the only thing shocking here is the message comments like this send to society. Just.’

She had even shared a picture of herself wearing ripped jeans but later deleted the post.