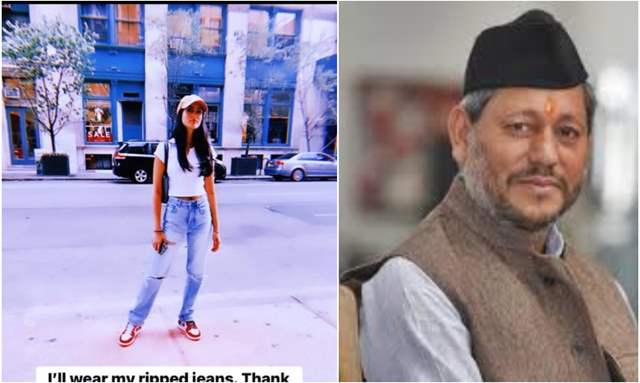 Amitabh Bachchan’s granddaughter, Navya Naveli Nanda reacted strongly to Uttarakhand Chief Minister Tirath Singh Rawat’s statement wherein he commented about ripped jeans worn by women. The statement comes from a workshop he attended, organised by the Uttarakhand State Commission for Protection of Child Rights in Dehradun, on Tuesday. However, she later deleted her Instagram stories.

Navya reacted strongly as she took to her Instagram story, and wrote, ‘Change your mentality before changing our clothes :) because the only thing shocking here is the message comments like this send to society. Just’ 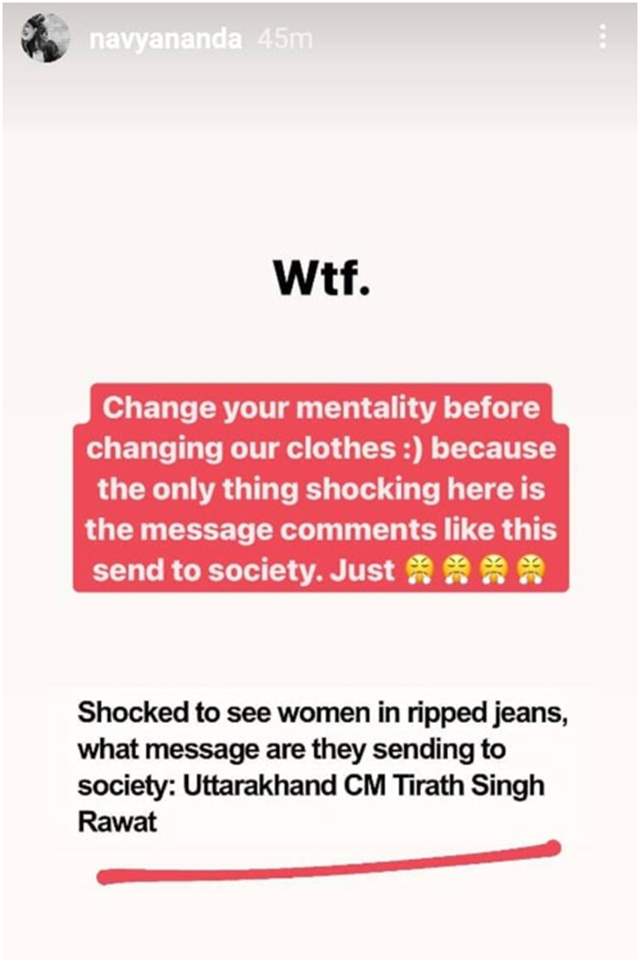 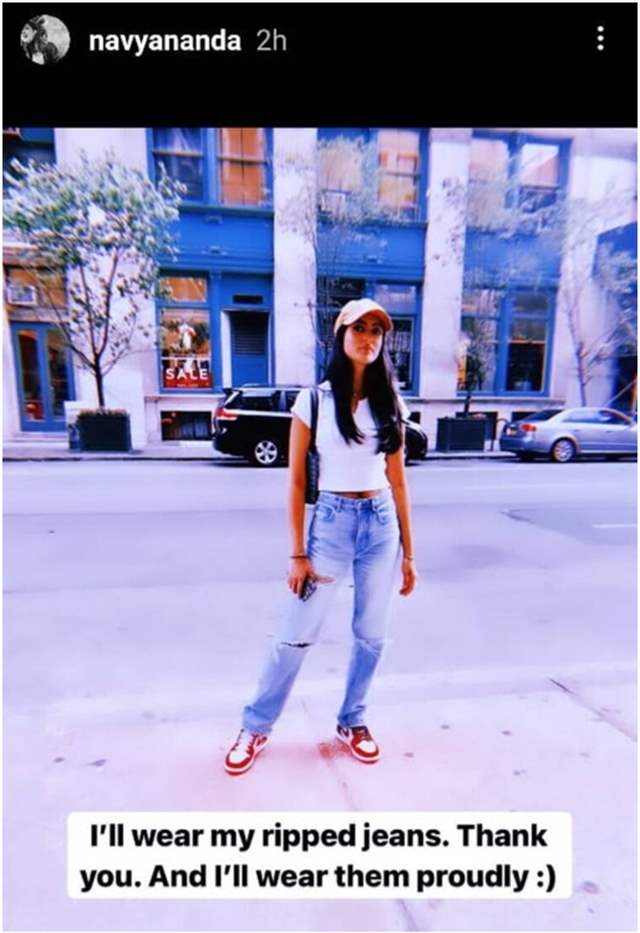 Rawat made the comments while attending a workshop and said, "Showing bare knees by wearing ripped jeans just to look like rich kids is the value given now which is just a race towards westernisation when the Western world today is following us. Ripped jeans pave the way for societal breakdown and is a bad example parents set for children."

Soon comments of Tirath Singh Rawat made the headlines, people reacted strongly to them on social media. Activists and celebrities criticised the politician for his comments. From Gul Panag to Chhapaak writer Atika Chohan, amongst others reacted to the comment.

Navya Naveli Nanda is a founder of Aara Health, which works for women's health and she has strongly advocated women’s rights and recently started a new venture, Project Naveli, aiming at building a gender-neutral world.