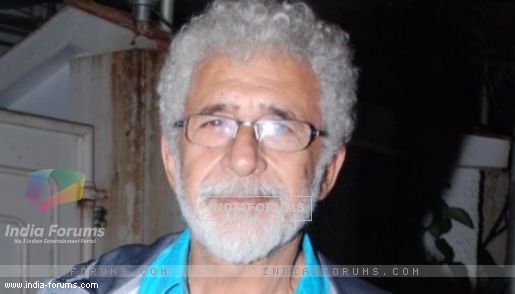 Naseeruddin Shah praises Homi Adajania for valuing "aesthetics" and "authenticity" and adds that the director is also savvy enough to make a "completely synthetic and crass film like 'Cocktail'."

After working with the director in his dark drama "Being Cyrus" and his recent quirky film "Finding Fanny", the National Award-winning actor seems to be quite impressed with Adajania's way of working.

"I love Homi. I just love his insanity. He is very good with his work," Naseer told IANS.

"He values aesthetics and authenticity and at the same time he is savvy enough to make a completely synthetic and crass film like 'Cocktail' and didn't get carried away by the success of a film like that... That is very courageous," he said.

"I don't feel making 'Cocktail' was necessary because he could have made 'Finding Fanny' equally well five years ago."

Adajania's 2012 release "Cocktail" was a romantic comedy-drama and the Saif Ali Khan, Deepika Padukone and Diana Penty-starrer had become one of the biggest earners of the year.

Meanwhile, Naseer, who had made his directorial debut in 2006 with "Yun Hota To Kya Hota", has no plans of helming another film at the moment.

"No direction. I am happy directing on stage," he said and added: "I might (direct), but I don't have the energy. It's too much of hard work."