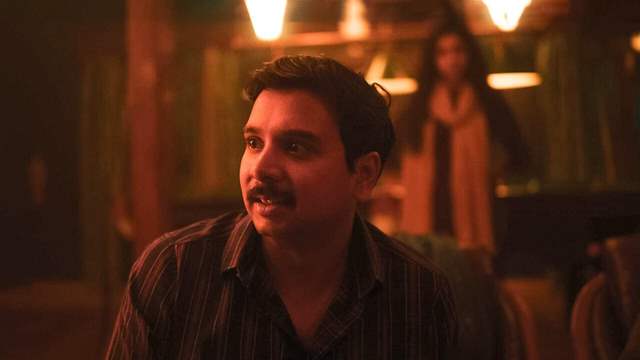 One of the prime reasons, ZEE5 is a favorite of almost the entire country is because of the variety it offers- not just in terms of content but in terms of languages like Tamil, Telegu, Malayalam, Bengali and much more while not restricting itself to only Hindi and English. One of the most awaited shows of ZEE5 titled 'Mafia' is all set to release in just 8 days. The countdown begins!

The makers had recently released an intriguing trailer of the show which spread like wildfire. The story is all about six friends reuniting with an excitement post college days and all goes good until the death of a villager which changes the mood and vibe of the night. Everyone now sticks together in order to fight the murderer and play the game of life.

Everything is simple until a little girl comes in it. However, she is visible only to one person. What’s the reason? The trailer has added layers of excitement to this thriller making it much more exciting. Namit Das spills some more beans about his character which is sure to build up more excitement.

The actor says, “Nitin's character is not one amongst the friends and he has a mission for someone who is very hard working. I actually didn't really prep for the character. I believe in open communication with my Twitter, Rohan had narrated this plot to me 3-4 months before it went on floors. He told me about the character and asked to bring in more nuances to it. My understanding of Nitin's character was someone from the soil, who is grounded and I wanted to play it completely in contrast to the other characters.”

The show stars Namit Das as Nitin, Tanmay Dhanania as Rishi, Isha M Saha as Ananya, and Anindita Bose as Neha. The show is going to be released in Bengali and Hindi. This is going to be one of the most adventurous shows as the incidents will force the friends to come face to face with their past and much more. ‘Mafia' will release exclusively on ZEE5 on 10th July 2020.

Mafia: Game for Life trailer released; Namit Das says, 'The show is a ...

Namit Das excels in his portrayal of Jawahar in Aarya - a Hotstar ...

Aarya star Namit Das reveals, ‘Sushmita Sen is the one who makes this ...

Varun Dhawan and Kiara Advani all set to star opposite each ...
-22 seconds ago

Mohit Kumar: Surviving in Mumbai without work is tough; it's ...
54 minutes ago