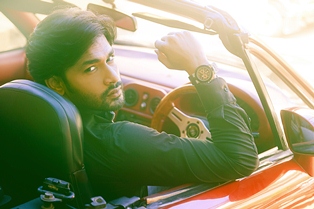 While many shows on the new channel Sony Pal are in the pipeline, another show which is set to join the bandwagon is the show produced by Miloni Pictures.

As earlier reported that leading producers Rajan Shahi, Rashmi Sharma etc. are all set to launch their shows on the new channel, Miloni Pictures is all also set to produce a show for the channel along with a popular face.

Confirming the same our source says, "Actor Naman Shaw will play the lead in the show and he has given an audition for the same."

Naman Shaw who was last seen in Colors' Kairee - Rishta Khatta Meetha is all set to woo his fans once again with his acting skills.

We tried contacting Naman but our efforts were futile.

+ 2
6 years ago awww still remember u as pushkar in kasam se..all d best..

virgin25 6 years ago omg he dont look too hot for main lead. we need some good actors who are attractive. what to do with looks ?