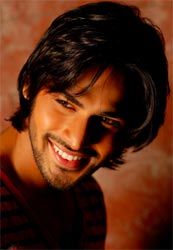 It's the turn of Naman Shaw now to feature in an episodic of Sony and Fireworks Productions' Surya - The Super Cop.

A little birdie tells us, "Naman will be seen playing a double role in the episode. It's a very gripping story which has been shot extremely well".

When contacted Naman confirmed the news, "Yes I will be seen in an episode of Surya. It is a nice story, and you need to watch it".

The episode is expected to air sometime in the coming week.

“If I had not done my job properly then people would have said that ...

9 years ago Love u Naman

Hope to see you soon in a solid role and pls change your new look.

+ 4
9 years ago Double role! That shud b interesting... The show was so so when it started but it seems to be getting better. :)

Will be nice to see Naman.

9 years ago awesome luv to see u

9 years ago Good to see Naman back in action that too in a double-role!! I'm waiting for it!!
Good Luck to him :)

+ 2
9 years ago I am so happy to read this article. Finally Naman is back after Rakt Sambandh got off air earlier this month...I cannot wait to see Naman in this double role dhamaka... *_*

9 years ago Hey superb
I just love this man.
I love him since Kasam Se and happy to see him in the show.