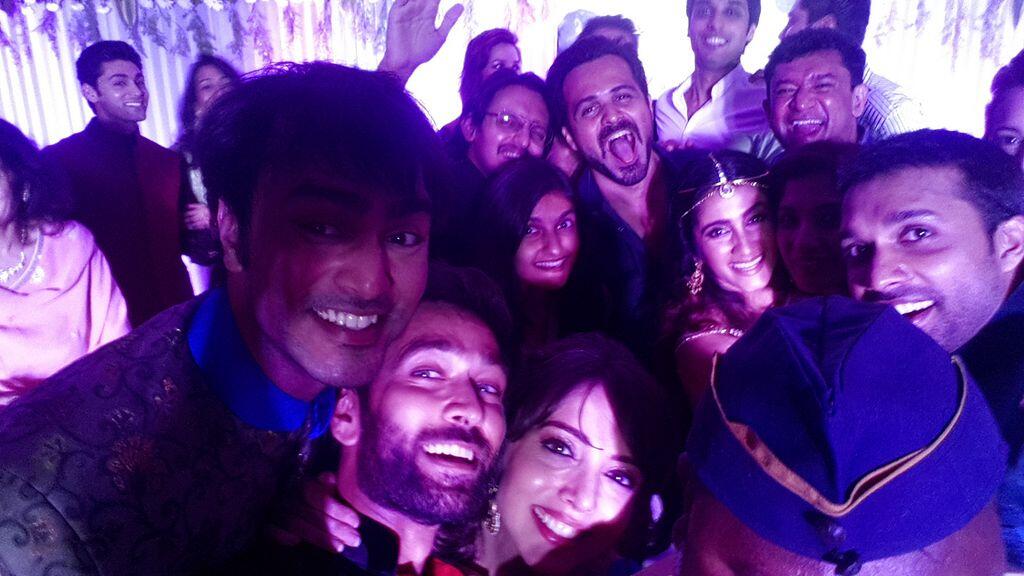 Smiley has done couple of Bollywood films and was last seen in Zee TV's popular show Jodha Akbar as Ruqaiya Sultan Begam who was later replaced by Lavina Tandon.

It seems that Smiley's Sangeet ceremony was a private affair and many of her friends from Bollywood as well as Tellywood joined in for the celebration.

As per our sources, "Nakuul Mehta who is seen in Star Plus' popular show Pyaar Ka Dard Hai...Meetha Meetha Pyaara Pyaara... was seen as the host of the event. He was accompanied by his wife Jankee for the event. Other than Nakuul, Ruslaan Mumtaz who was last seen in Kehta Hai Dil... Jee Le Zara on Sony TV also attended the event along with his wife Nirali.

Nakuul has also tweeted about the event stating that "From another mad mad night with the Hashmis, Mirzas & Suris and the two half mad hosts -> @alekhsangal & yours truly!"

TellyBuzz congratulates Smiley Suri and Vineet Bangera for their blissful life ahead!

6 years ago A happy married life to the newly weds. Its great to see Ruslaan & his lovely wife Nirali.

+ 5
6 years ago oooh. Happy for her. hope she has a happy married life!

6 years ago Love this

+ 4
6 years ago Jodha Akbar is the best...Lavina doing a fab job..congrats to Smiley

+ 4
6 years ago Congratz to Smiley Suri.You are actually the Best for me as Ruqaiya,And I miss you alot,Though I love Lavina Tandon alot too,But You are real Ruqu for me.

Hope We get to see you onscreen soon in some movies or films.!!

+ 4
6 years ago Jodha Akbar rocks!! Lavina is better as Ruqaiyya