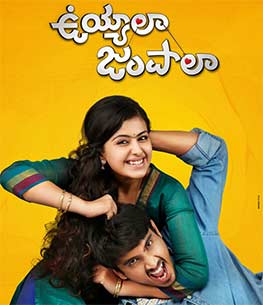 Nagarjuna is also a successful producer and releases films under his home banner Annapurna Studios. He has produced films such as "Prema Katha", "Manmadhudu" and "Bhai".

Talking about the actor-producer, Ram Mohan told IANS: "He gave me the freedom and respect as an independent producer and waited patiently to see the final product. Such faith and trust in this business is truly a rarity and that's what makes Annapurna Studios so special."

"Nagarjuna's career as a producer is built around spotting new talent and working with them. From Ram Gopal Varma to Lawrence, he has never hesitated to work with newcomers. It was a meeting of similar mind sets that paved way for our collaboration," he added.

Nag, as he is fondly called in the industry, launched ace filmmaker Ram Gopal Varma through his debut outing "Siva" in Telugu.

"Uyyala Jampala", starring debutants Avika Gor and Tarun Raj, is slated to release Dec 25. It's the love story of childhood sweethearts set against a rural backdrop.