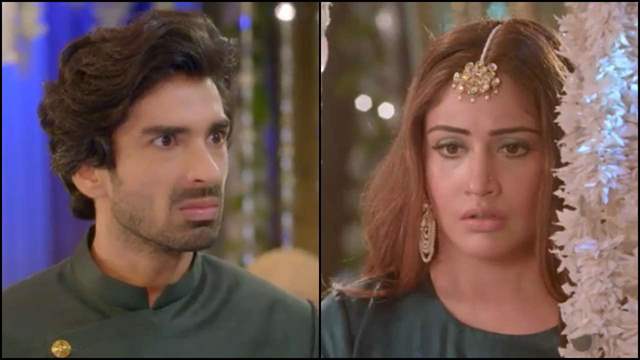 Naagin 5 has managed to keep the audiences hooked with everything that it has in store. While a lot has happened over this week, Surbhi Chandna (Bani), Mohit Sehgal (Jay), and Sharad Malhotra (Veer) have some more drama ahead in the episodes to come ahead. We already saw how Veer and Bani are now married while he kills Jay. None the less, Bani has vowed to take her revenge and destroy his life.

None the less, what fans will have in store is going to leave them rather shocked as Jay is going to make a comeback, but not as fans would ideally want him to. None the less, he is not going to come as a saviour but will have ulterior motives instead. What he wants now is to ruin the lives of both Veer and Bani and on the other hand, Jay too, will leave Bani as he tells her that he never loved her after all.

None the less, we all know how Bani's love for Jay was true, even though he did not love her after all. As will be seen, he has plans to kill both Bani and Veer and that is when things will take a new turn in all their lives. But what is going to happen ahead and how will Bani keep up?

Well, that is what will be interesting to see ahead. Keep reading this space and tell us what do you think about the track ahead?

Mohit Sehgal isolates himself at home after co-star Sharad Malhotra ...

Rein123 2 months ago Your title is wrong. It’s Jay who is to return to destroy Veer and Bani not Veer himself .

ALUJNA21 2 months ago CORRECTION!!! JAY to return and not Veer. It is NONETHELESS and not "NONE THE LESS" Same word written thrice in an article???