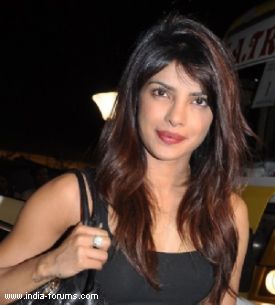 Priyanka Chopra has a long list of benchmarks that she has set for her prospective life partner but she says she wants that her man should be a male version of herself.

"I have a very long list and very high standards. He has to be a gentleman, he has to be intelligent, someone I respect and funny, not stupid funny but witty funny, charming. Basically, a male version of me," the 31-year-old said here Friday at a GUESS store where she was unveiled as the new GUESS girl.

Priyanka added that it does not matter whether he is an actor or not.

"He needs to be an achiever, it doesn't matter if he is an actor or not an actor. I would never respect a guy who is not an achiever," she said.

Priyanka has recently been unveiled as the new face of global fashion brand GUESS.

She will soon be seen in Yash Raj Films' "Gunday."