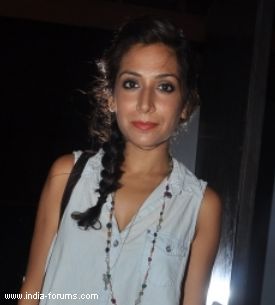 Singer-actress Monica Dogra, known for distinct style statements, is the next in line to launch her own fashion line. She says it is aimed at youths who wish to showcase their own individuality.

Drawing inspiration from her life and personality, Monica will soon be launching her own fashion clothing and accessories line.

"The idea stemmed from the fact that I have always been acknowledged and appreciated for my unconventional and extremely personal style of fashion and I've always had an interest in affordable and accessible street style," Monica said in a statement.

"My line will cater to the youth who are expressive in numerous ways and want to dress in a manner that showcases their individuality. I thought the time was right to bring out my own line and I am excited for the world to see it soon," she added.

A popular independent artist and singer of Bollywood track "Dooriyan bhi hai zaroori", Monica was first approached with the idea to curate a fashion line but thought of extending her support by putting everything together herself, said a source.

She is otherwise busy performing live with her band, recording her first ever solo album and shooting for her upcoming films.

Madhrima Tulli & Ssharad Malhotra starrer “Pasta” gets an ...
2 minutes ago

Kareena Kapoor Khan’s 40th Birthday: Inside Pics give ...
19 minutes ago

Fire erupts at NCB office building in Mumbai; No injuries ...
30 minutes ago