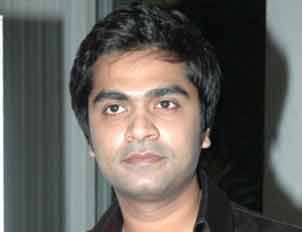 Tamil actor Silambarasan aka Simbu says that his dancing skills helped him in attaining stardom. He admits dance could be learnt with rigorous training, but believes one has to be born with the talent to champion it.

"If an actor is a good dancer, it helps his star status. Today, if I am being considered a star of the masses, it's only because people loved every time I danced on the screen. My dancing skills certainly helped me to be a star," Simbu told IANS.

"I strongly believe dancing or singing is a talent you have to be born with. If you don't have the timing in your body to dance to a tune, you can't force someone to learn dancing because every individual knows what he or she is best at," he added.

In most of his films, Simbu has had at least one song exclusively showcasing his dancing. It has been a ritual since the glory days of his father T. Rajendar, popular Tamil actor and filmmaker.

Simbu, who started dancing at a very young age, is against the notion that dance should only be viewed as a hobby.

"We Indians always see anything besides education as hobby. We are a country of amazing dancers and we should rightfully give them a platform to perform," said Simbu, who recently served as one of the judges on "7UP DanceUP", a dance competition.

Over 10,000 participants from over 49 cities from south India took part in the competition. The winning team pocketed a cash prize of Rs.11 lakh, besides getting featured on 7UP bottle label.

"I saw some of the best dancers in the contest. It is competitions like this that will give us another Prabhudheva or even Michael Jackson. It will also help us realise the importance of dance not just as a hobby, but as a profession," added Simbu.

He says actors need not necessarily learn dancing before entering films, but those who can dance have an added advantage.

"Actors need not compulsorily learn dancing before entering into films, but let's remember that our films have songs and dances unlike Hollywood. Therefore, actors should at least know how to move their body in tandem with a tune," he said.

"Actors who can dance always have an upper hand compared to those who can't. It naturally helps an actor earn star status like it has helped me over the years," said Simbu.

Known for hit films such as "Manmadhan" and "Vinnaithaandi Varuvaaya", Simbu returned to acting after a sabbatical of about two years. His last film in a lead role was 2012 Tamil romantic-drama "Poda Podi".

When quizzed about the break, he said, "There have been several reasons, but the most important was that I wanted to take a break. I have been working since I was a kid. People only see the actor side in me and expect me to keep doing films, but I also need my time and space."

He will also soon resume shooting for his project with Gautham Vasudev Menon.

Women who made breakthrough in the male dominated gangster dramas

Never thought I would be dancing, I was preparing to be an IAS ...