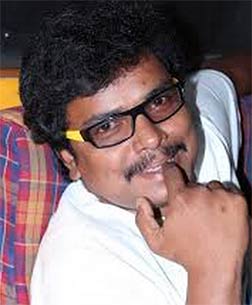 First-time actor Sampoornesh Babu, who has scored a blockbuster with his Telugu spoof-comedy "Hrudaya Kaleyam", has proved that you don't need good looks to be successful in showbiz. Confidence and talent is sufficient, he says.

"Hrudaya Kaleyam", which released Friday, has been praised by critics and audiences alike for providing wholesome entertainment.

"I think looks don't matter anymore because audiences want to be entertained. I have always believed in my confidence and that's what has helped me today. I also feel talent is equally important, and when you have both, I feel nothing can stop you," Sampoornesh told IANS.

Although mocked at for his looks, Sampoo, as he's fondly called by fans, doesn't pay heed to criticism.

"When I'm not worried about my own looks, why should I care about what others have to say? A true entertainer should only be concerned about entertaining his fans. I believe I'm a true entertainer," he added.

"Hrudaya Kaleyam", which has been directed by debutant director Steven Shankar, has collected over Rs.5 crore in the first week worldwide.

Sampoornesh is already getting ready with his next project titled "Kobbari Matta".

"I play three roles in the film and there will be seven heroines. It will be packed with a lot of humour. I'll continue doing different films but I want to make sure that all my films entertain audiences," he said.